posted by Lindsay on August 18, 2014
23 Comments
Jump to Recipe·Print Recipe

These Brownie Brittle Birthday Cake Icebox Cupcakes are a light and delicious treat! They’re a super easy no-bake dessert to make, and they look so cute and pretty! 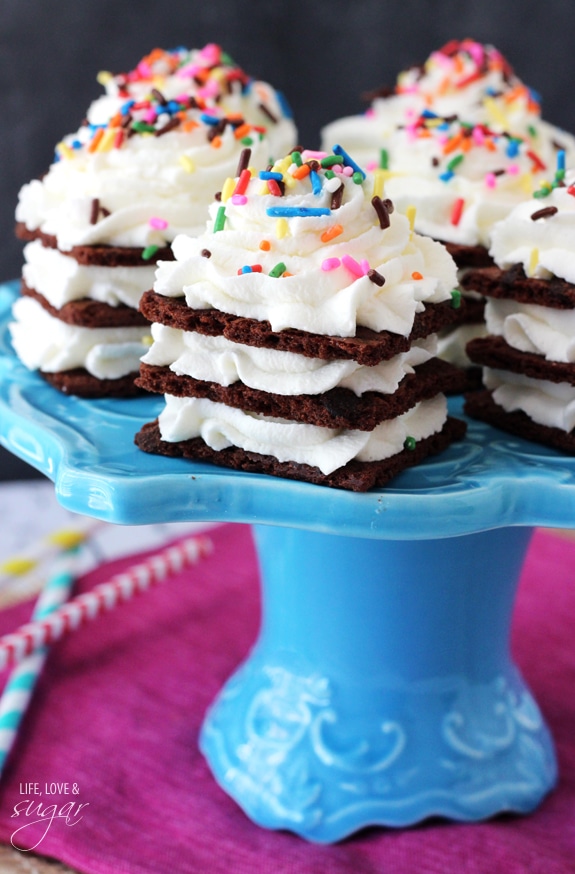 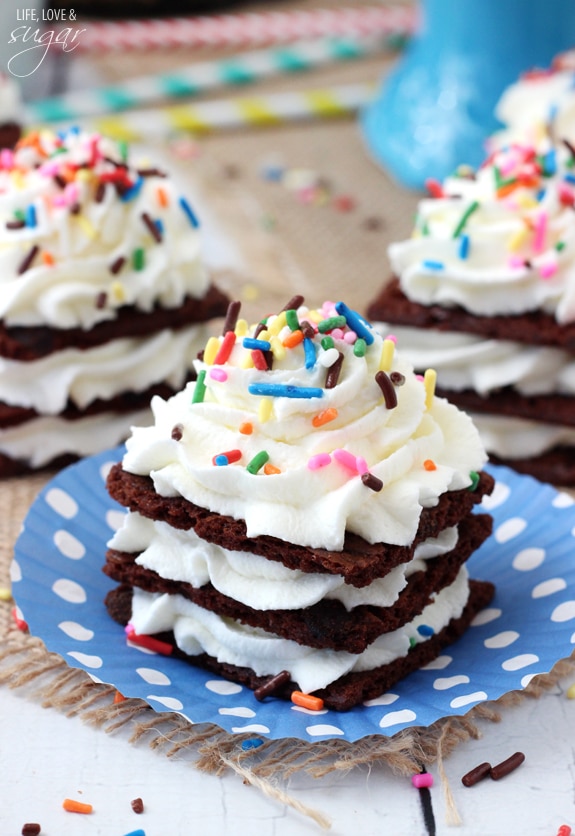 When I was at the BlogHer Food Conference back in May, I had the pleasure of meeting some folks from Brownie Brittle. I was super pumped, because I hadn’t actually tried it before, but had been wanting to.

It is some seriously tasty stuff! I kept grabbing more bags of it to bring home and let the hubs try it. It seriously tastes just like a crisp, chocolatey brownie. But possibly even better, because you can eat it like it’s a chip. Somehow that feels less guilty to me than an actual brownie. 🙂

Plus there are four amazing flavors – chocolate chip, mint chocolate chip, toffee and salted caramel. If you haven’t seem them in your grocery store before, check the deli section. That’s where they are in our Publix. I’ve even seen big bags in Costco. 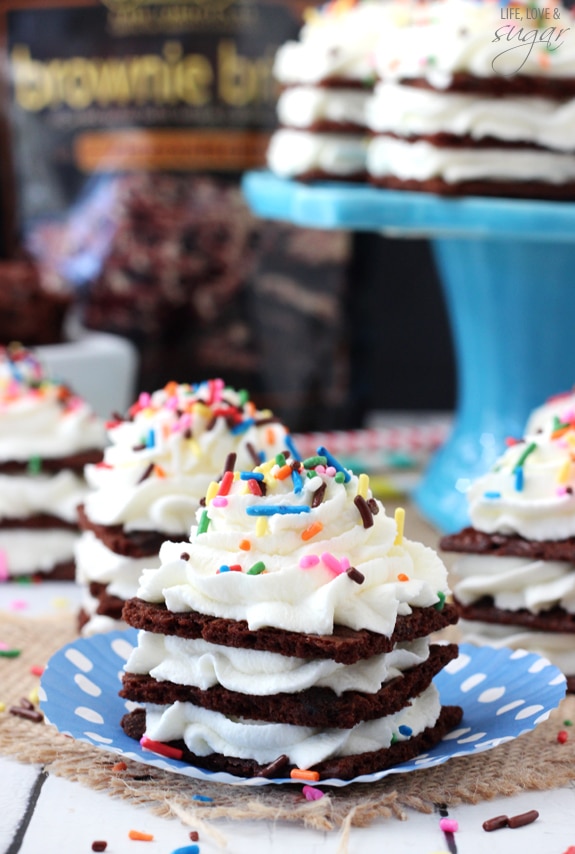 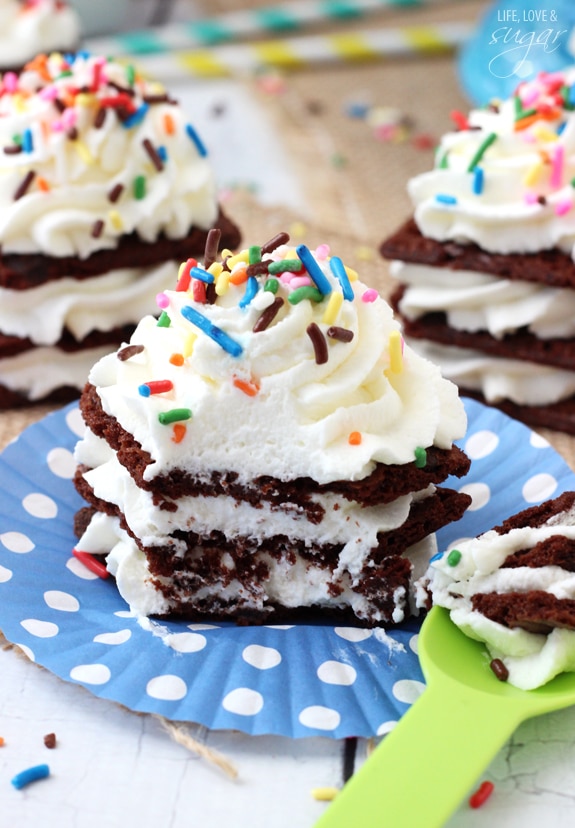 And I love that it’s a business owned and started by a woman. She had a love for the crispy edges of brownies, decided to try and make a whole pan of crispy edges and it grew into this business. I think it is so cool when people turn something they love (like sweets!) into their business.

So I’m super pumped to be sharing these icebox cupcakes with you!

They are made with layers of whipped cream and chocolate chip brownie brittle and are so easy, your kids can make them with you.

I used a little trick I learned from my pal Sally from Sally’s Baking Addiction for the flavor of the whipped cream. If you combine almond and butter flavor, it’ll give you a flavor that is similar to cake mix but without having to actually use cake mix. However, if you’d rather just use actual cake mix, this Cake Batter Whipped Cream recipe from my friend Julianne looks pretty stellar. 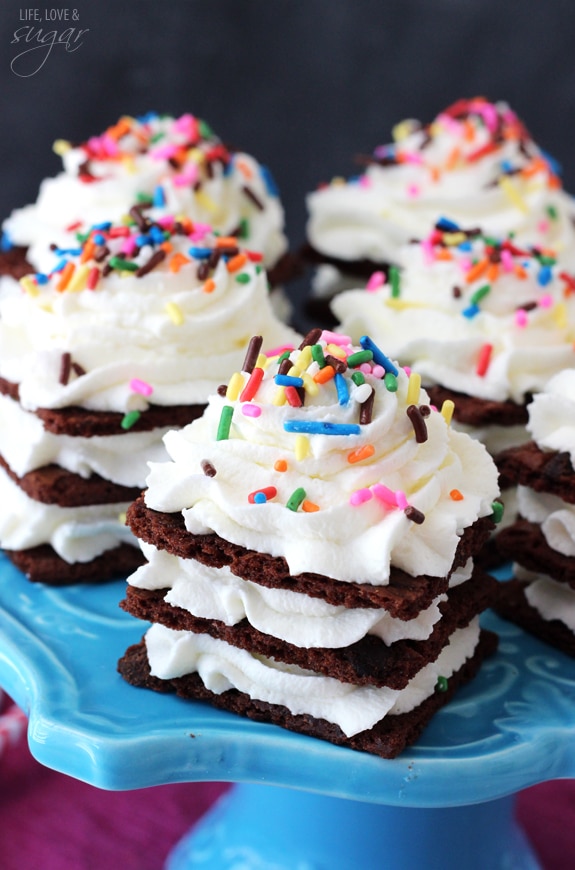 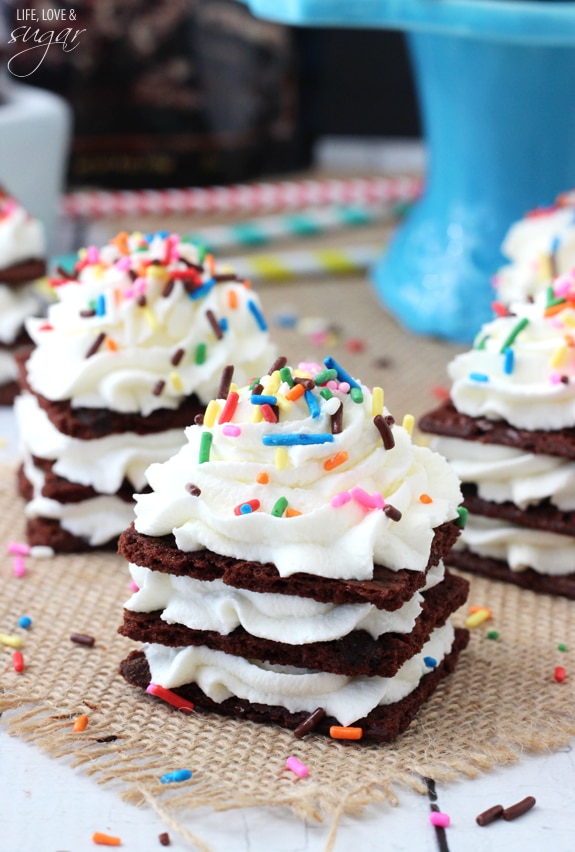 All you have to do is layer your whipped cream and brownie brittle, then add a few sprinkles.

My mother- and sister-in-law were amazed when saw me make these last week. They couldn’t believe how easy, yet how cute they were. And then that they tasted so good too! 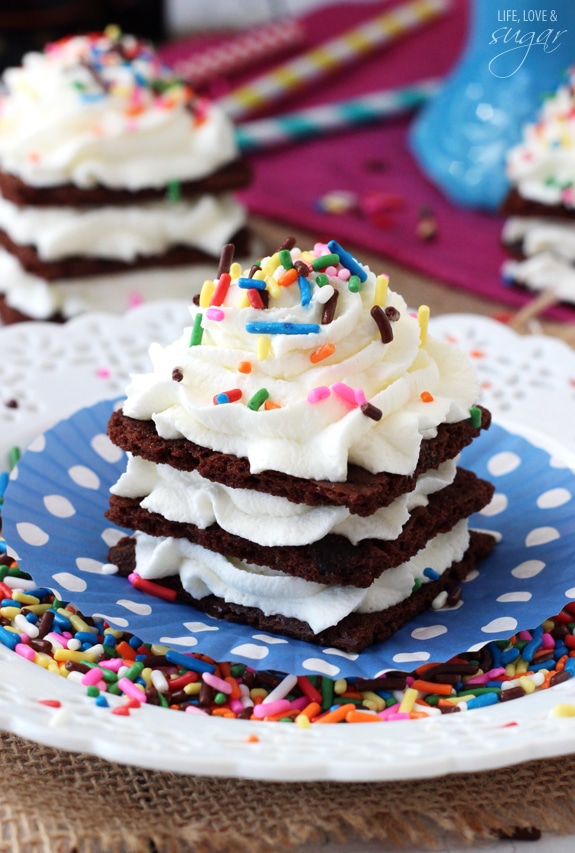 It actually reminded me of when my mom watched me make this Strawberry and Blueberry Icebox Cake, because they both said the same thing – “It’s so easy, I could do it! Just the kind of dessert I’d want to make.”

Once they are layered, you’ll want to set them in the fridge for at least a few hours (I left them overnight). It gives the whipped cream a chance to soften up the brownie brittle so that when they are ready, you can easily move a fork through them.

The flavor possibilities are endless! You can change up the whipped cream, or use the different flavors of brownie brittle. I absolutely love these cute little cupcakes!

This post is sponsored by Brownie Brittle™, but all opinions are my own. 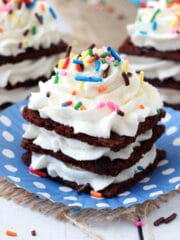 These Brownie Brittle Birthday Cake Icebox Cupcakes are a light and delicious treat! They’re a super easy no-bake dessert to make, and they look so cute and pretty!

1. Freeze metal bowl and whisk for 15-20 minutes to get them good and cold.
2. Remove bowl from freezer and add whipping cream.
3. Whip on medium-high speed for a few minutes. Cream will initially bubble a little bit, then start to thicken.
4. As the cream starts to thicken, add the powdered sugar and extracts.
5. Whip until stiff peaks form, for a total whipping time of about 5-7 minutes. Make sure not to over mix. It quickly goes from smooth whipped cream to curdled whipped cream, so watch it closely.
6. To make each cupcake, place one brownie brittle square on a plate, or whatever surface your using.
7. Pipe, or scoop, a layer of whipped cream onto the brownie brittle.
8. Top with another brownie brittle square, followed by another layer of whipped cream.
9. Repeat step 8, then top with sprinkles.
10. Repeat steps 6-9, until you have all the icebox cupcakes.
11. Place cupcakes in fridge for at least 3-4 hours, or until ready to serve. Cupcakes should be good for about 5 days.

Recipes, Sweets and Treats, Cakes and Cupcakes, No Bake Desserts, Other Sweets
23 Comments » 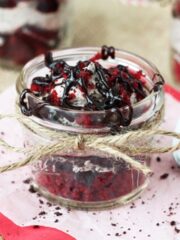 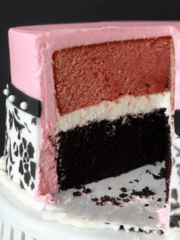 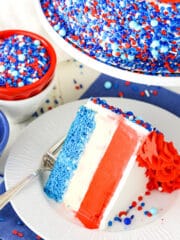