These Moist Chocolate Cupcakes are filled with a smooth chocolate ganache and topped with chocolate buttercream! They’re a chocolate lover’s dream and such a wonderful treat!

Chocolate, chocolate and more chocolate – that’s what’s in these lovely cupcakes. If you’re having a craving, these should do the trick. And fortunately they aren’t too complicated to make. They fave a couple extra steps than your average cupcake because of the filling, but chocolate ganache is about as easy as it gets!

These cupcakes start with a lovely chocolate cupcake base that I’ve used many times. You may have seen them before with my Baileys Chocolate Cupcakes or my Ice Cream Chocolate Cupcakes. It’s a butter-based cupcake that has great flavor and is a touch more dense than my Homemade Moist Chocolate Cupcakes, which is made with oil. Both are wonderful cupcakes, but this one is more “bakery-style” and works quite well with a filling.

To make the chocolate ganache, you’ll just add your chocolate chips to a bowl, heat the cream and then pour the cream over the chocolate. The heat from the cream will melt the chocolate and then you can whisk it all together until it’s nice and smooth. You’ll want to let it cool to at least room temperature, so that it stays in place when you fill the cupcakes later. You could even refrigerate it, if you wanted to make it a little ahead. 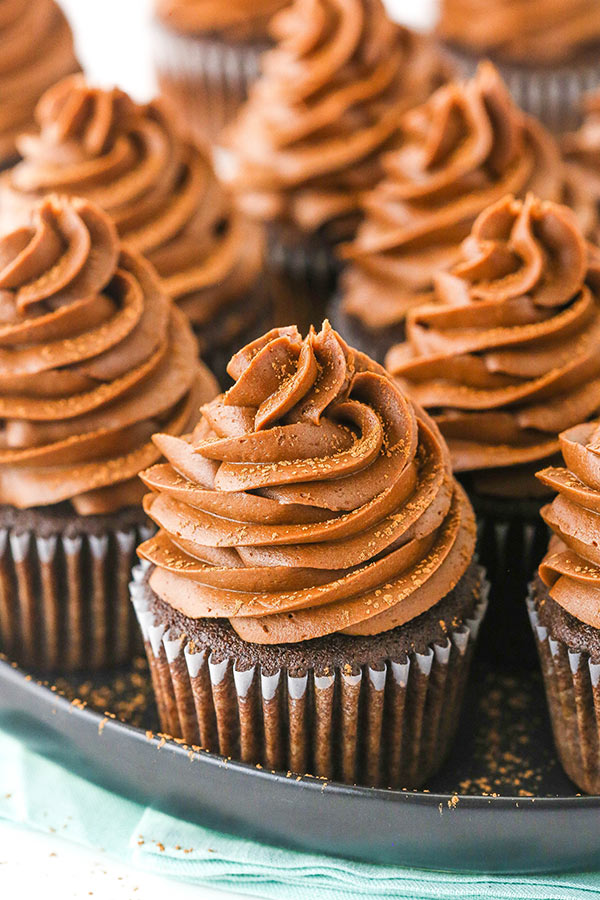 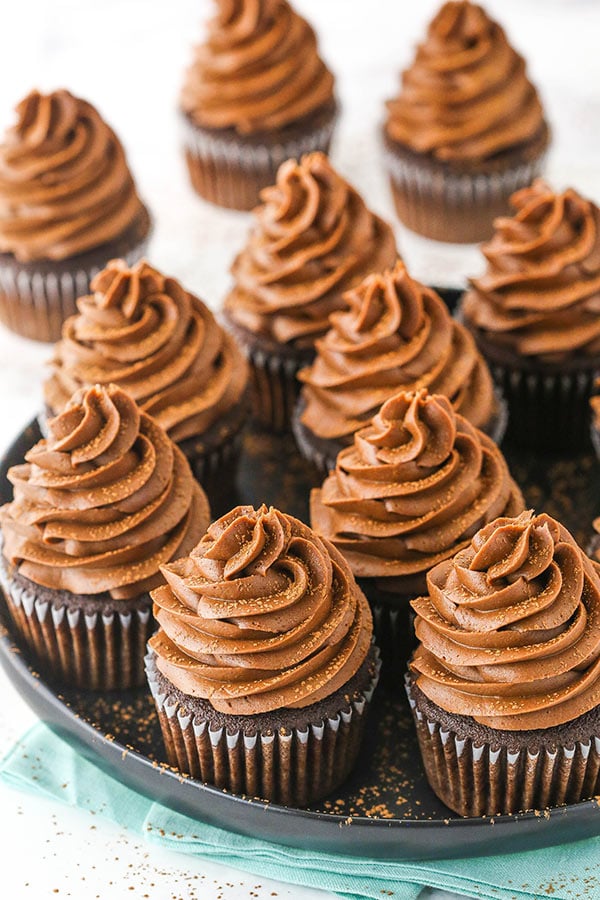 When you’re ready to put your cupcakes together, you’ll want to make the chocolate buttercream. This one is based on my Chocolate Buttercream Frosting, but makes just a little bit more since this recipe makes about 18 cupcakes. I found I needed just a bit more frosting.

After making the frosting, you’ll remove the center’s of the cupcakes. If you have a cupcake corer, you can use that. Otherwise, a sharp little knife should do the trick.

Remove the centers and fill them with about half a tablespoon of the ganache per cupcake. If you can fit a little more in there, then why not. Just be sure you have enough for all the cupcakes.

Finally, frost the cupcakes with the buttercream and you’re ready to go! I sprinkled a little cocoa on top of my cupcakes, but you could also use some sprinkles or just leave them as is. They’ll taste the same either way and are sure to be a hit!

These are truly the chocolate lover’s dream cupcake! I hope you love them as much as we did! 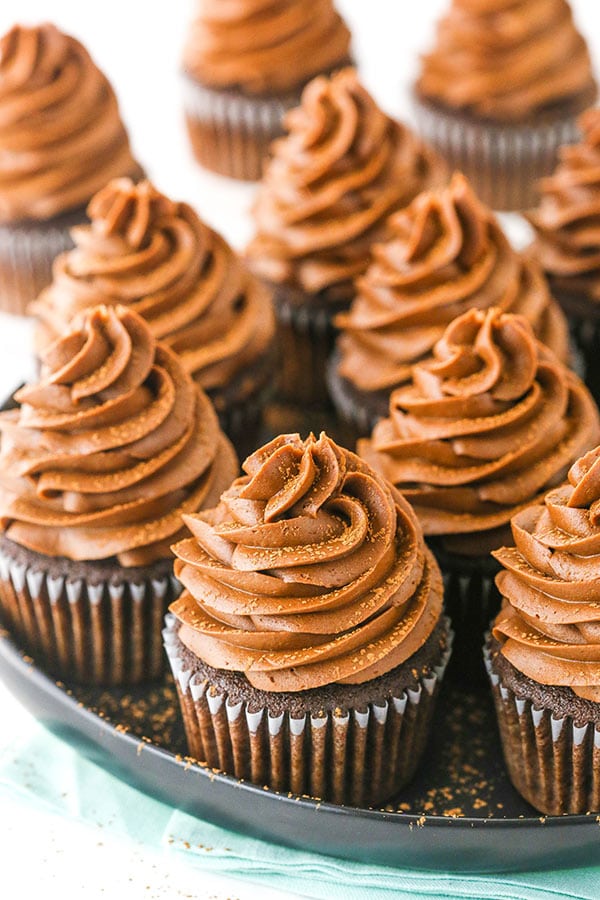 These Moist Chocolate Cupcakes are only made more delicious by the ganache filling in the middle. They’re light and oh so chocolatey!

2. Combine flour, baking soda and salt in a medium sized bowl. Set aside.

3. Add butter and sugar to a large mixing bowl and cream together on medium speed until light in color and fluffy, about 3-4 minutes. You should be able to see a noticeable change in color and texture.

4. Add the eggs one at a time, beating until combined.

5. Combine the cocoa powder, vanilla and water and stir until combined. Add the mixture to the cake batter and mix until well combined.

7. Fill cupcake liners about 3/4 full and bake for 15-17 minutes, or until a toothpick inserted comes out with a few crumbs.

8. Remove cupcakes from the oven and allow to cool.

9. To make the ganache filling, add the chocolate chips and vanilla extract to a medium sized bowl.

10. Heat the heavy whipping cream until it just begins to boil, then pour it over the chocolate chips.

11. Allow the chocolate and cream and to sit for 3-5 minutes, then whisk together until smooth. Set aside to cool until at least room temperature. You could also refrigerate it until cold.

12. When you’re ready to build the cupcakes, make the frosting. Add the butter to a large mixer bowl and beat until smooth and creamy.

13. Add about half of the powdered sugar and mix until smooth and well combined.

14. Add the cocoa powder and mix until well combined and smooth.

15. Add the vanilla extract and 2-3 tablespoons of water or cream and mix until smooth and well combined.

16. Add the remaining powdered sugar and mix until smooth and well combined.

17. Add more water or cream until desired consistency is reached, then add salt.

18. To put the cupcakes together, use a cupcake corer or knife to remove the centers of the cupcakes.

20. Serve cupcakes at room temperature, but store in the fridge. Cupcakes are best eaten within 2-3 days.