This past weekend was pretty busy. It felt like we were just running from one thing to the next. It was all good stuff, just a lot.

We went to the Panthers vs Falcons game yesterday (don’t even get me started on the game – depressing – again). My older brother is actually a Falcons fan and has season tickets so his family and some friends already have a tailgate set up, so we joined. 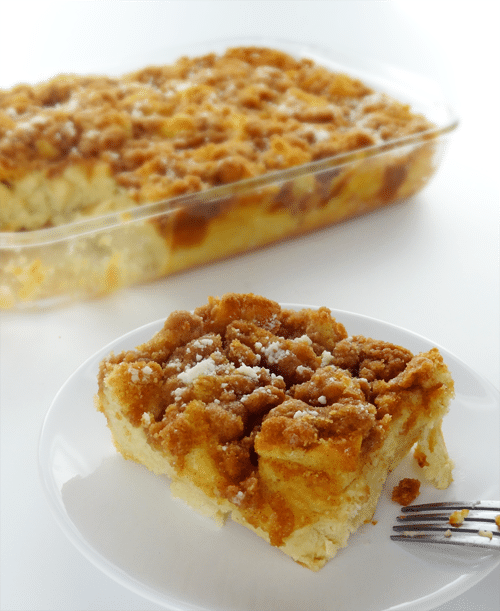 Normally we just bring a munchie to add. But Saturday night I checked with my sister in law at about 9pm to see if there was anything specific that would be good to bring.

I should have known better. It was already late. We were on our way to a friend’s birthday party (late) and I didn’t really have to time to do much. But I hadn’t gotten anything yet (I was lacking inspiration) and knew I’d have to go to the store, so I checked with her to make it easier. I figured if I knew what to get, I could go into the store, get it and go.

Or so I thought.

Apparently is was a breakfast themed tailgate. The suggestion was french toast. If I couldn’t do anything breakfasty, then a munchie.

Crap. I did not want to get up early and start making french toast. We wanted to leave at 9 a.m. to get to the tailgate around 10 a.m. and have plenty of time. I have to shower and walk the dog already, putting me at a wake up time of about 7:30 a.m. Way too early for Sunday. 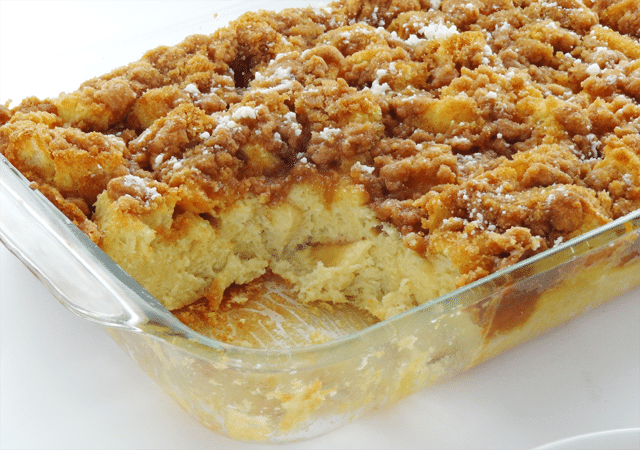 But I’m also not one to turn down a request if I can help it. I probably should sometimes, but it’s tough for me. And like I said, I wasn’t feeling inspired by a munchie.

So I thought about baking the french toast. Figured that might be the way to go. I could put a bunch of pieces in at once. But as I thought about it, it didn’t seem awesome. By the time we’d get down there, it’d just be floppy and boring.

Then I googled French Toast casserole. I’ve seen them floating around pinterest so I figured there should be a good recipe out there.

So then I had to google the grocery store. I knew Publix closed at 9 or 10 p.m. and by the time we left the party, they’d be closed. I don’t know of a 24 hour Publix, so I looked up Kroger. They are open till 1 a.m.! Score! And there was one right on the corner near where we were going!

So we went by on the way home, I grabbed my bread, threw the casserole together in about 20 minutes and threw it in the fridge. I put in the oven the next morning before walking the dog and hoped for the best. 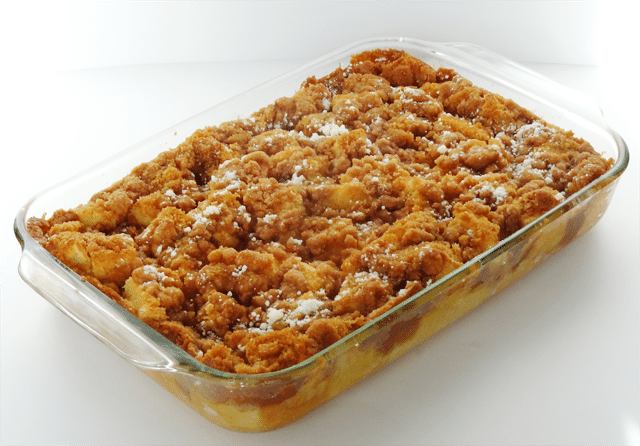 It was soooo good! The pictures don’t do it justice.

But I forgot to add the syrup for the pics. I was being rushed to get out the door. The hubs literally came and stood right next to were I was taking pics and let out a big sigh to let me know he was waiting, haha. Gotta love him. Oh well. You forgive me, right?

Besides, a lot of people ate it without the syrup and said it didn’t even need it. The bread is so moist and the topping so yummy all by itself! My friend and I actually sat in the backseat eating the leftovers without syrup while we were stuck in traffic after the game (the men were driving). It was delicious.

So you should seriously make this. My regular for holiday mornings has always been an overnight egg and sausage casserole, but this might replace it. Or at least appear right next to it. 🙂 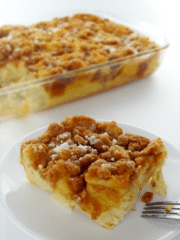 1. Grease a 9 x 13 casserole dish with butter.
2. Tear bread into chunks and evenly lay out in dish.
3. Whisk together eggs, milk, cream, sugar and vanilla. Pour evenly over bread.
4. Cover and store in fridge for several hours or overnight.
5. In another bowl, mix 1/2 cup flour, 1/2 cup brown sugar, 1 tsp cinnamon and salt. Add butter and mash into the dry mixture until it all comes together. You can store this mixture in the fridge overnight if you’d like.
6. Preheat oven to 350 degrees the next morning.
7. Remove casserole and pre-made topping from fridge. If using fresh fruit, put it on now. Crumble pre-made topping and sprinkle over the top of the casserole.
8. For some extra topping to cover areas that aren’t covered by the pre-made topping (I like the cinnamon and spice on every bite!) combine 2 tbsp flour, 2 tbsp brown sugar and 1 tsp cinnamon (same stuff as the pre-made topping, minus the butter). Sprinkle over top of casserole and pre-made topping.
9. Bake for 45 minutes for a softer, more moist texture. Bake an hour or more for a firmer, less moist texture.
10. Sprinkle a little powdered sugar on top and serve with syrup. 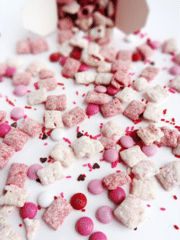 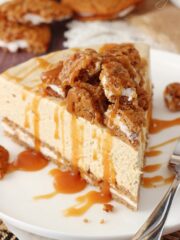 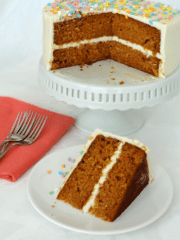