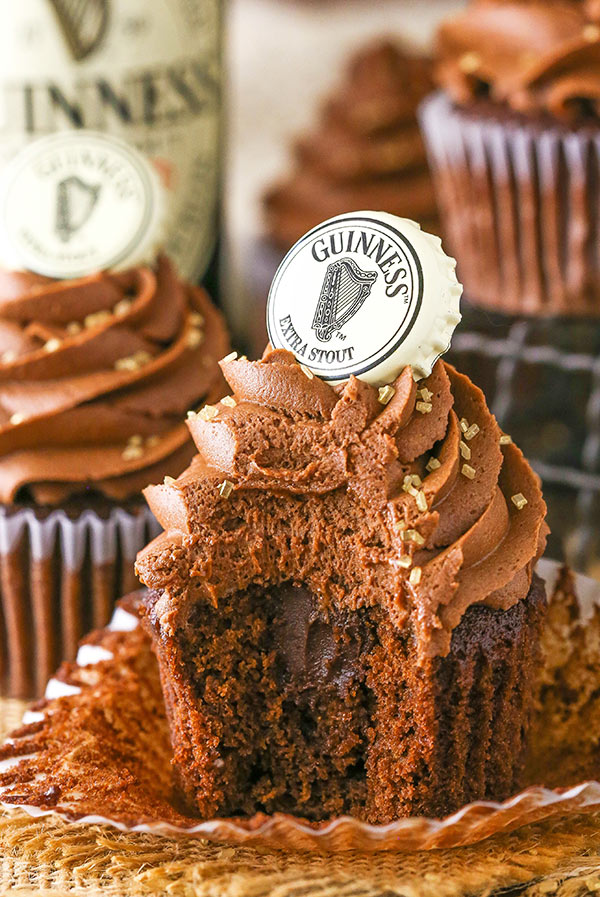 So last week, the boys had some pretty exciting times. First, their great grandmother came to visit and they met her for the first time. It was so fun to see them together! I spent a ton of time with my grandmother growing up and love her to pieces, so seeing them together was awesome. Ashton was particularly enamored with her and pretty much chilled out and fell asleep in her arms every time she held him. So sweet!

Second, they had their two month doctor appointment with their first round of shots. Definitely not exciting in a happy way, but it was eventful. The doctor warned us that they could be a little more fussy than normal – and boy were they! They certainly screamed for a bit, so we ended up just cuddling them and all of us fell asleep on the couch. Fortunately by the evening, they were fine.

This week could prove to be eventful again for Ashton. He’s got to see an orthopedic doctor about his hips. Because both boys were breach, they had to have hip ultrasounds and Ashton’s was just a little abnormal. We are hoping to be “all clear,” but have to see the doctor to be sure. With Ashton’s medicine he’s on for his heart, his reflux and just general small-ness, it’d be lovely if this wasn’t one more thing the poor little guy had to deal with. 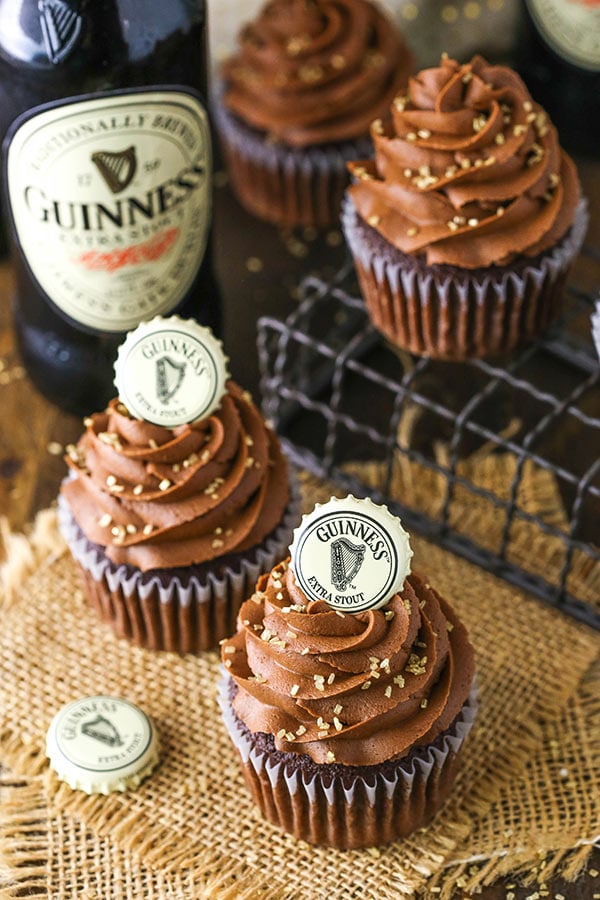 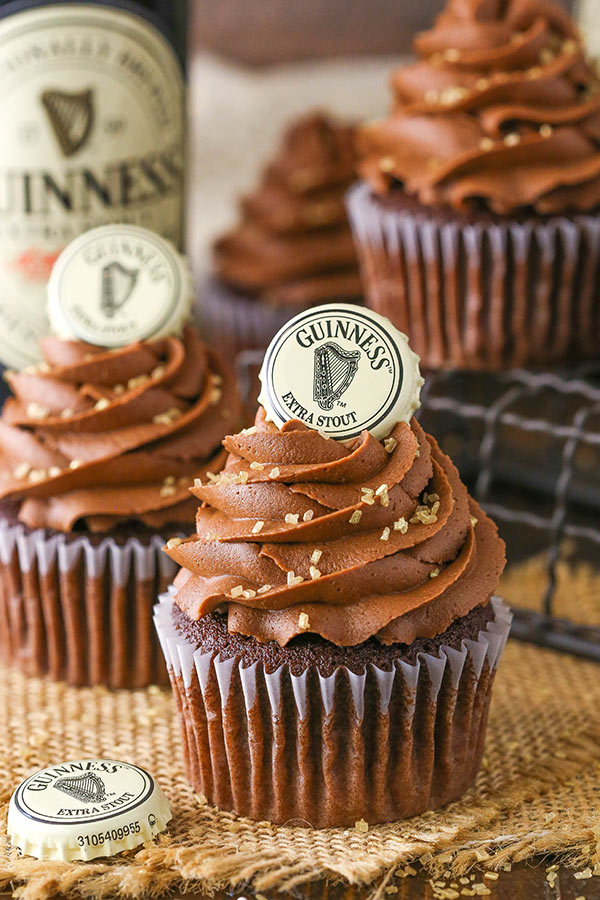 In the meantime, I’ve got these lovely cupcakes to share with you! While I am not a beer drinker, I love the flavor it adds to food. And Guinness? Well, it’s one serious beer and boy is it tasty with chocolate! A lot of people love using coffee to heighten the flavor of chocolate, but I think Guinness does that to the max. These brownies are the perfect example of that, and now these cupcakes are too.

To put the cupcakes together, there are three main elements. The cupcake, the filling and the frosting. The cupcake is a moist chocolate cupcake that has Guinness added to it. The Guinness flavor isn’t super strong, but it’s definitely there.

The filling is a chocolate ganache that has also been flavored with Guinness. You’ll find it consistent that there’s Guinness in all parts of this cupcake. Since the Guinness does such a great job of amplifying the flavor of the chocolate, we need plenty of Guinness. It not only makes the chocolate more amazing, but it ensures that you’ll have the Guinness flavor come through as well.

The final addition is the frosting. This is one of my favorite chocolate frostings! It’s made with lots of melted chocolate, which lends a fudgy frosting that just melts in your mouth. Every time I make it, I just keep eating it. This time I added – wait for it – Guinness!

When you combine it all, you have a wonderfully chocolatey cupcake with some nice Guinness flavor. Not too overpowering, but definitely there. Such a fun and tasty way to have your beer and eat it too. 🙂 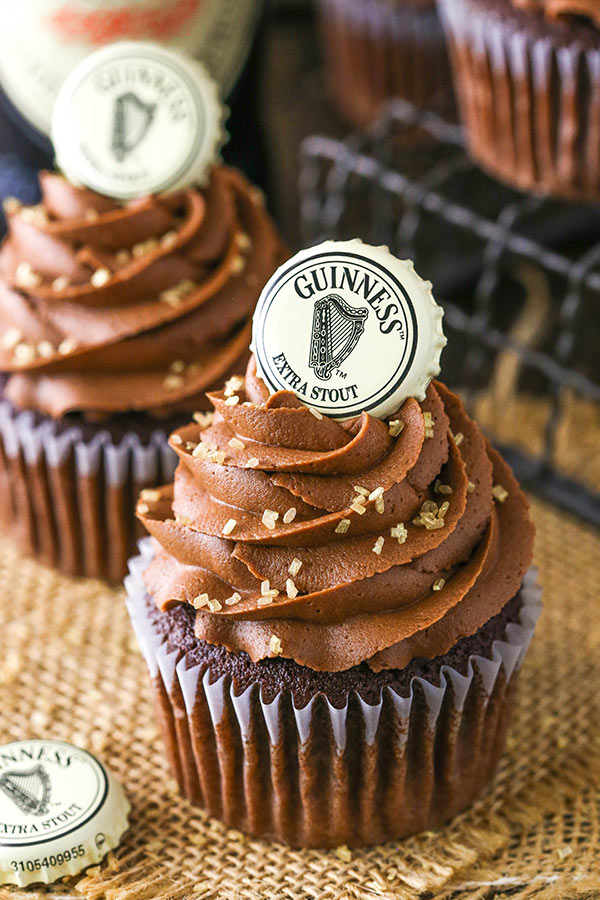 These Guinness Chocolate Cupcakes are made with a chocolate cupcake flavored with Guinness, Guinness ganache filling and fudgy chocolate frosting!

1. Preheat the oven to 350°F (176°C) and line a cupcake pan with cupcake liners.
2. Beat the butter and sugar until light in color and fluffy, about 3-4 minutes.
3. Add eggs one at a time, beating just until blended.
4. Add vanilla, 6 tablespoons of Guinness and cocoa powder to another bowl and whisk until smooth. Mixture will be thick.
5. Add chocolate mixture to batter and mix until combined. Scrape down the sides of the bowl as needed to make sure everything is well combined.
6. Combine flour, baking soda and salt in a separate bowl.
7. Alternate adding the flour mixture and the remaining 6 tablespoons of Guinness to the batter. Begin by adding half of the dry mix, then mix well. Add the Guinness and mix well, scraping down the sides as needed. Add the remaining flour mixture and mix until smooth.
8. Fill cupcake liners about 3/4 way. Bake for 15-17 minutes, or until a toothpick inserted comes out with a few crumbs.
9. Allow cupcakes to cool about 2-3 minutes, then remove to a cooling rack to finish cooling.
10. When the cupcakes are cooled, make the frosting. Beat the butter in a large mixer bowl and mix until smooth.
11. Add the melted chocolate and mix until well combined.
12. Add the cocoa powder and mix until well combined.
13. Add about half of powdered sugar and 2 tablespoons of Guinness or heavy cream and mix until well combined.
14. Add remaining powdered sugar and salt and mix until smooth.
15. Add remaining Guinness or heavy cream as needed to get the right consistency of frosting.
16. To make the chocolate ganache, put the chocolate chips in a heat-proof bowl.
17. Combine the Guinness and heavy whipping cream in a microwave safe bowl or measuring cup and heat in the microwave until it just begins to boil.
18. Pour the hot cream over the chocolate chips and whisk until smooth.
19. Cut out the centers of the cupcakes. You can use a cupcake corer or a knife.
20. Fill the centers of the cupcakes with chocolate ganache.
21. Pipe the frosting onto the cupcakes, then add some sprinkles. I used Ateco tip 844.
22. Refrigerate cupcakes until ready to serve. Serve at room temperature. Cupcakes are best for 2-3 days.