These Nutella Fudge Brownies are decadent little bars with a dense brownie on the bottom, Nutella fudge in the middle and chocolate on top. You can’t go wrong with this chocolatey confection! 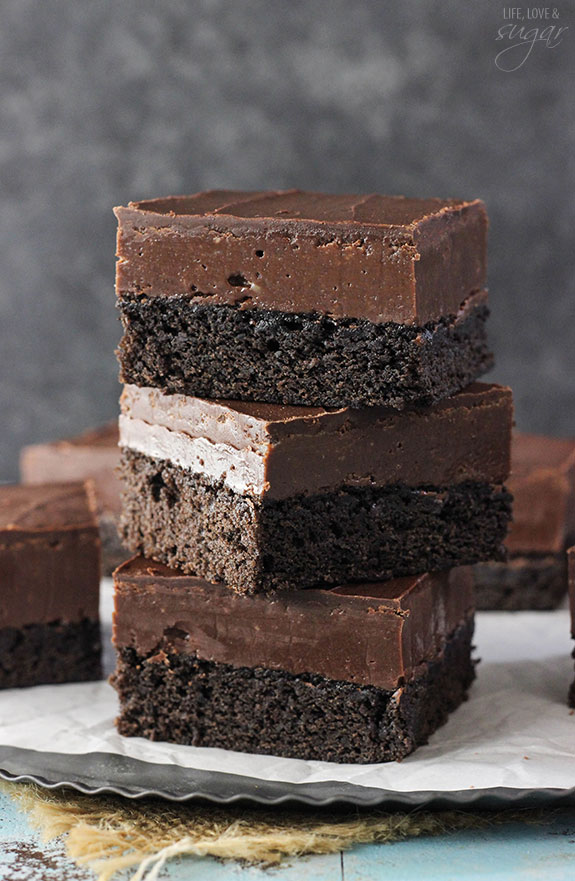 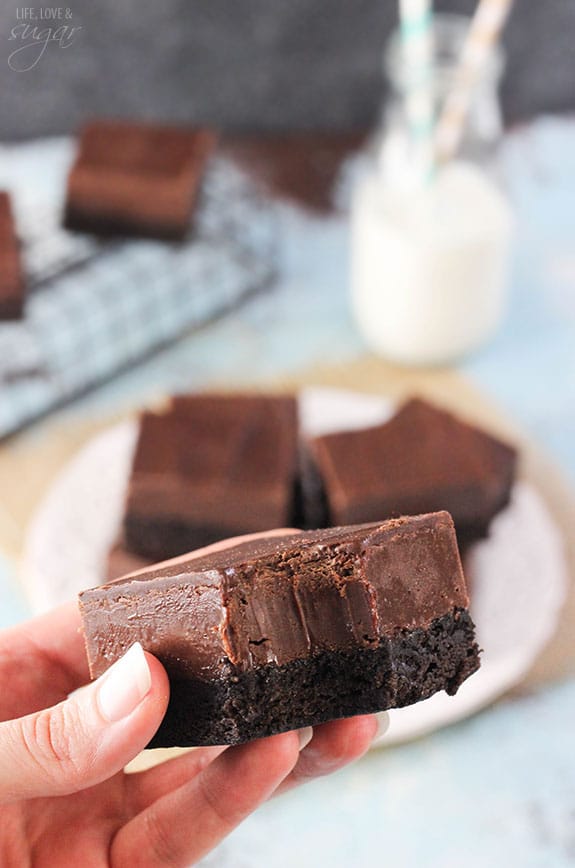 Do you ever have those days where you have all these things on your list to get done and you really think you’ll actually have time to accomplish them? Like, really. You’re sure it’ll all get done.

Then the end of the day comes along and you didn’t even get to half of it?

Then you’re like, well I need to feel better about all I accomplished so let’s add the things that I did that aren’t on the list so that I can cross them off too and feel more accomplished.

So many things. ALL the things! So little time. 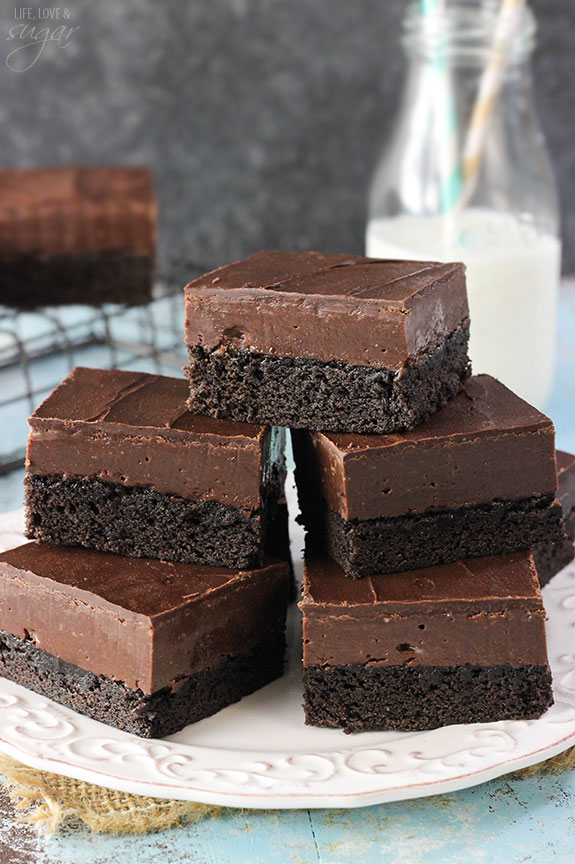 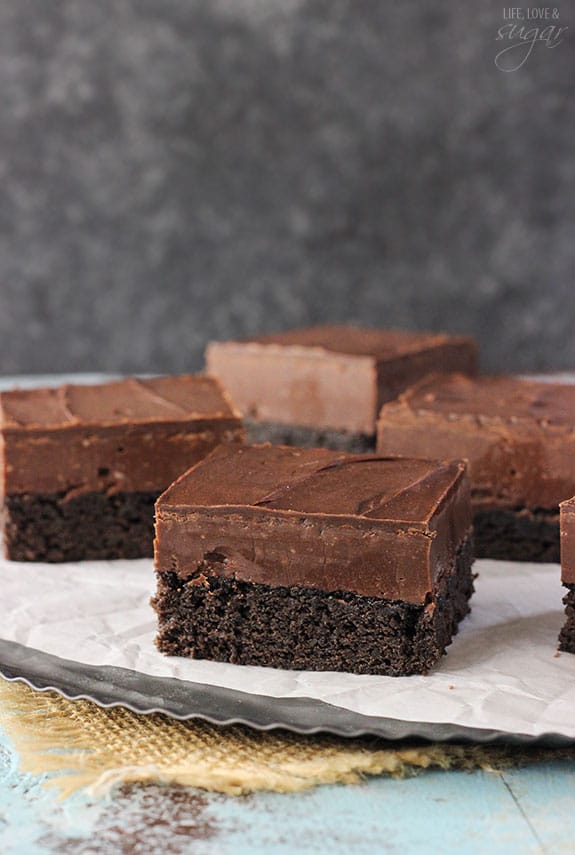 Fortunately, at the end of a long day of accomplishing many things (thought not ALL the things) there are bars like these to reward you for your hard work and a job well done. And really, is there any better reward than Nutella and chocolate? Fudge and brownie? I didn’t think so.

The brownie is a modified version of this very popular quick and easy brownie recipe on my site. They are so loved for two reasons – they are tasty and they are super easy to make. Of course not one to make things simple for myself, I decided to modify the brownie. The other one calls for oil and I decided to try it with butter. I also made a few other changes to make this brownie more fudgy and a little less cakey. The final brownie is perfectly dense and fudgy, without being too dense. Love.

The brownie is topped with fudge. Nutella fudge. I love all things Nutella. It always amazes me when Nutella actually makes it into a recipe and doesn’t just land straight in my mouth on a big fat spoon.

The fudge is easy to make by combining sweetened condensed milk, butter, chocolate and Nutella. Everything is melted and combined on the stove before being spread over the brownie. 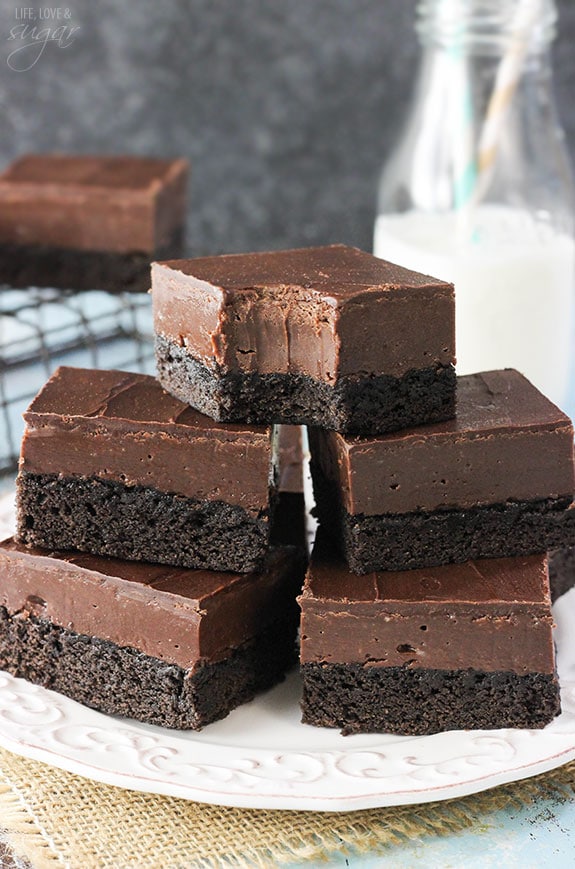 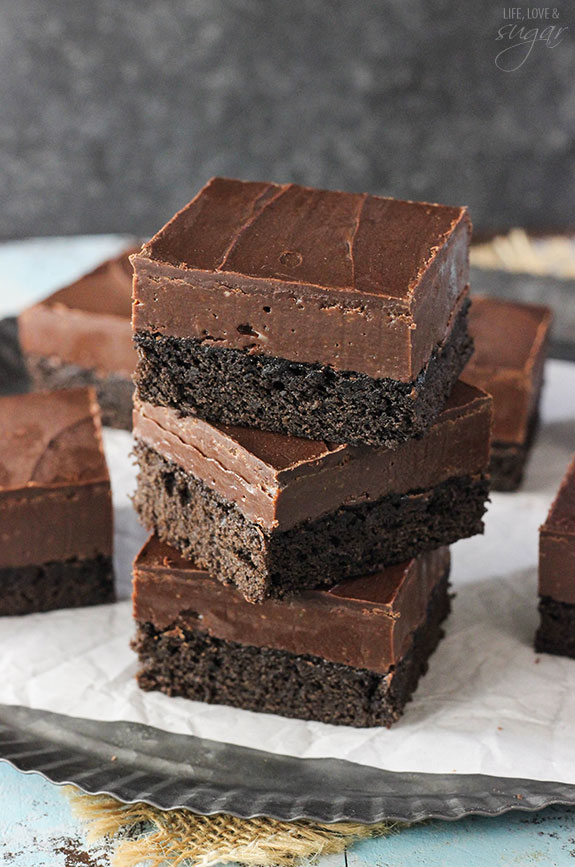 I topped the bars with a little bit of chocolate. It’s note entirely necessary but I think it finishes it off well. There’s a touch of shortening mixed into the chocolate so that it’s not super hard to bite into on the bars. You could switch out the shortening for a tablespoon or two of heavy cream, if you prefer.

These bars are little bites of heaven and they are quite simple to make. They are fairly rich, so they go a long way. I tend to be someone who cuts big pieces, but you really don’t need big pieces of these bars. Fudge can have that effect. Fortunately for us that means the bars last longer! YAY!! 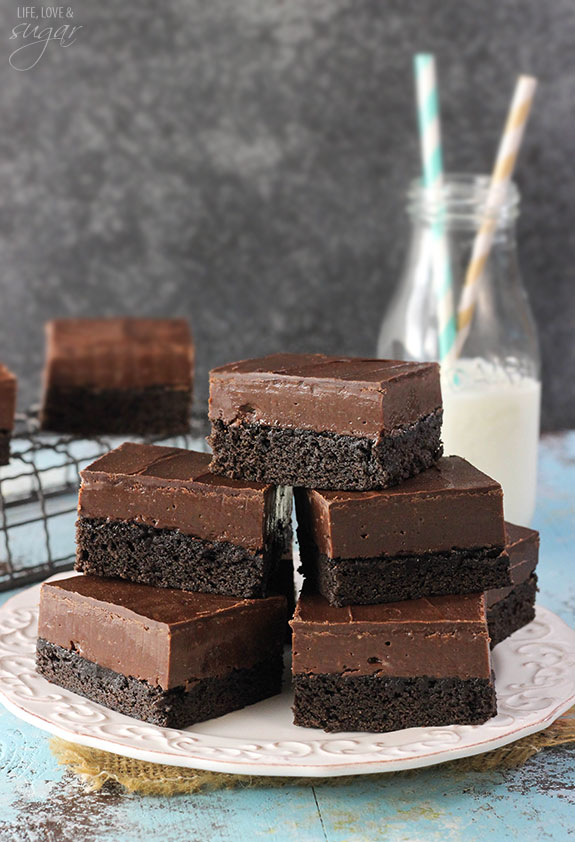 These Nutella Fudge Brownies are decadent little bars with a dense brownie on the bottom, Nutella fudge in the middle and chocolate on top. You can’t go wrong with this chocolatey confection!

1. Preheat oven to 350°F (176°C). Grease a 9×9 baking pan or line it with parchment paper or aluminum foil, which you can use to remove the brownies from the pan when they are done.
2. Combine the butter, sugar and vanilla extract in a medium sized bowl.
3. Add eggs and mix until well combined.
4. Combine flour, cocoa, baking powder and salt in another medium sized bowl.
5. Slowly add dry ingredients to the egg mixture until well combined.
6. Pour the batter into the pan and spread evenly.
7. Bake for 18-20 minutes, or until a toothpick comes out with a few moist crumbs.

ONCE THE BROWNIE IS COOLED, MAKE THE FUDGE:

8. Combine sweetened condensed milk, butter, chocolate chips and Nutella in a metal or glass bowl. Set the bowl over a pot of simmering water.
9. Stir mixture until everything is melted and smooth, then spread evenly over the brownies.
10. Set brownies in refrigerator to set.
11. Once set, add chocolate chips and shortening for topping to a microwave safe bowl. Microwave on 15 second increments until the chocolate and shortening are melted and smooth.
12. Spread chocolate into an even layer over the fudge.
13. The chocolate should cool quickly and become firm. Cut into bars.

Store brownies in an airtight container in the refrigerator. Brownies are best for 2-3 days, but should be ok for up to 4-5 days. 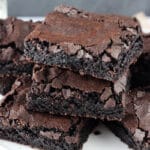 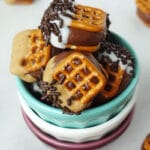 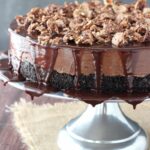 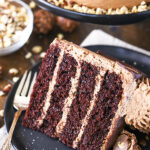 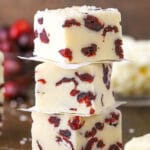 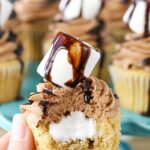 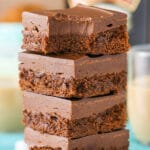