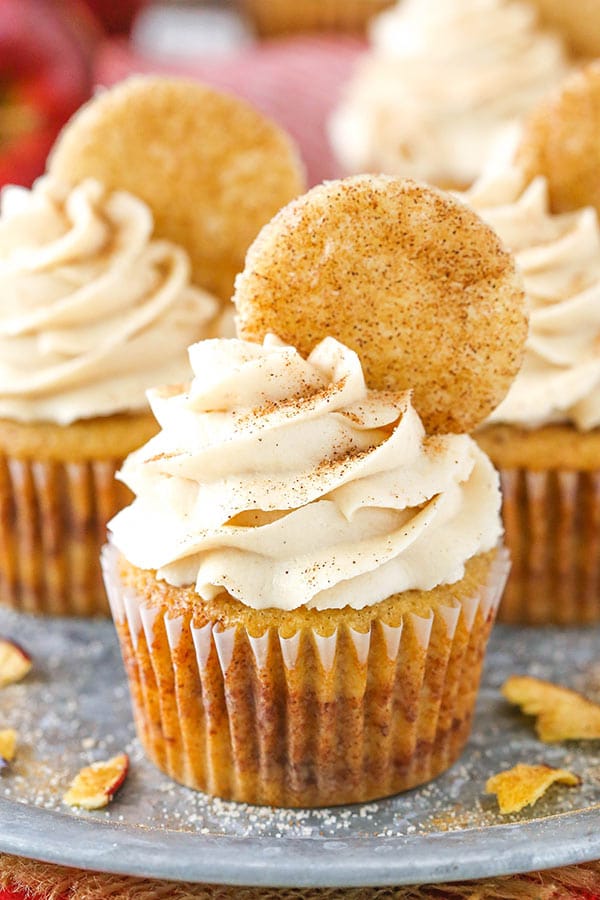 So a couple of week ago, I had my 12 week ultrasound of the twins. I hadn’t had an ultrasound in what felt like forever! The last time I saw them, they still kind of looked like round blobs with teeny tiny little arms and legs. This time they totally looked like babies! It was awesome!

First of all, it’s still kind of weird to see two babies in there. 🙂 Second, they look like little humans now. It’s SO cool! You can seriously see bone structures like the spine and hands and feet. Not to mention that they were already moving around a ton. That was probably the coolest part. It’s nutty to think that there are two little babies alive in my belly moving around so much like that – and I can’t even feel it.

I’d been expecting to cry at my first ultrasound, but with the shock of discovering it was twins and the fact that they still looked like little circles, the tears didn’t totally hit me until this most recent time. I basically cried the whole time. Seeing two actual babies in there moving around and seemingly healthy – it’s overwhelming and amazing. I can’t wait till my next ultrasound in a couple weeks. After that, I’ll have them every two weeks to monitor the babies. I’m excited I’ll get to see them so much. 🙂 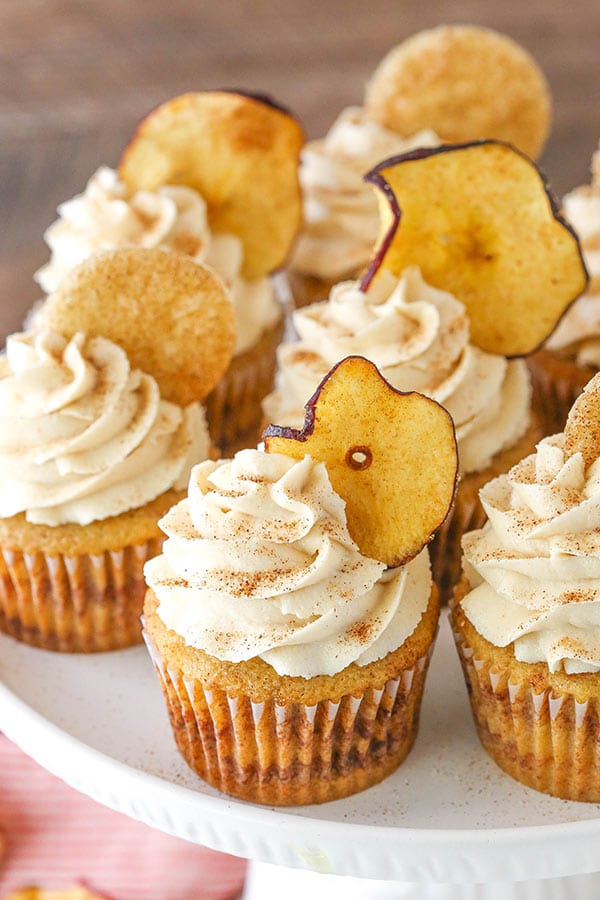 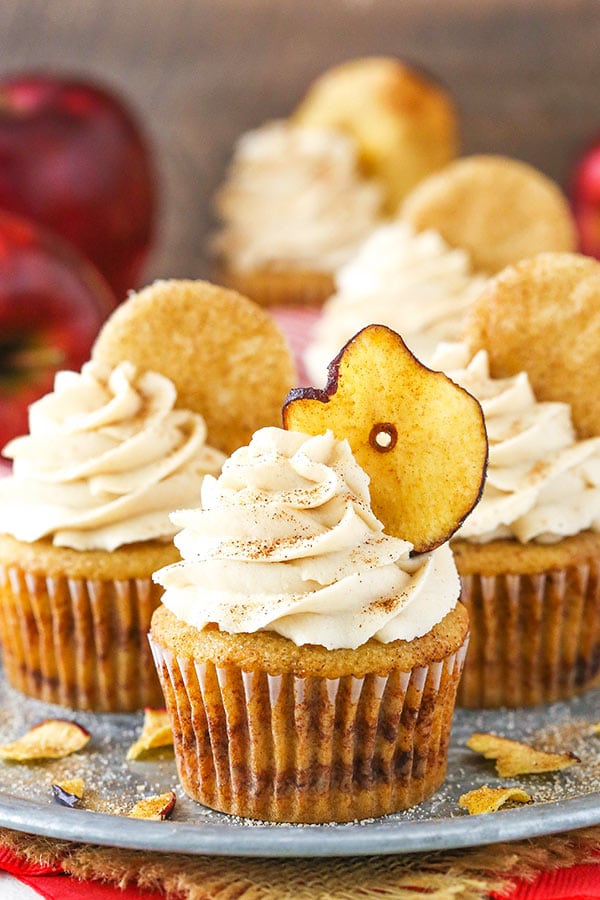 Another amazing thing (although admittedly not as cool 😉 ) are these cupcakes. I’m not craving sweets at this point, but these cupcakes are ones that I wanted to keep all to myself. It’s fall in a cupcake and I’m loving them!

How to Make Snickerdoodle Cupcakes

The cupcakes are topped with more apple flavor in the frosting. To finish them off, I added a sprinkle of leftover cinnamon sugar from the cupcakes and then either a mini snickerdoodle or apple chip on top. Not only are they a fabulous combination of apple and cinnamon sugar, they are so darn fun and cute for fall! Such a moist and delicious cupcake – you definitely need to try them! 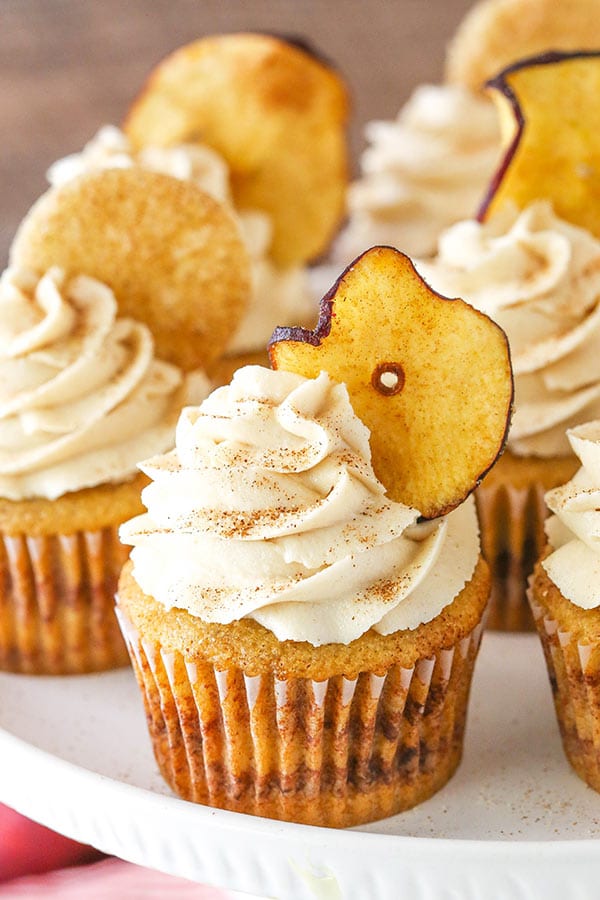 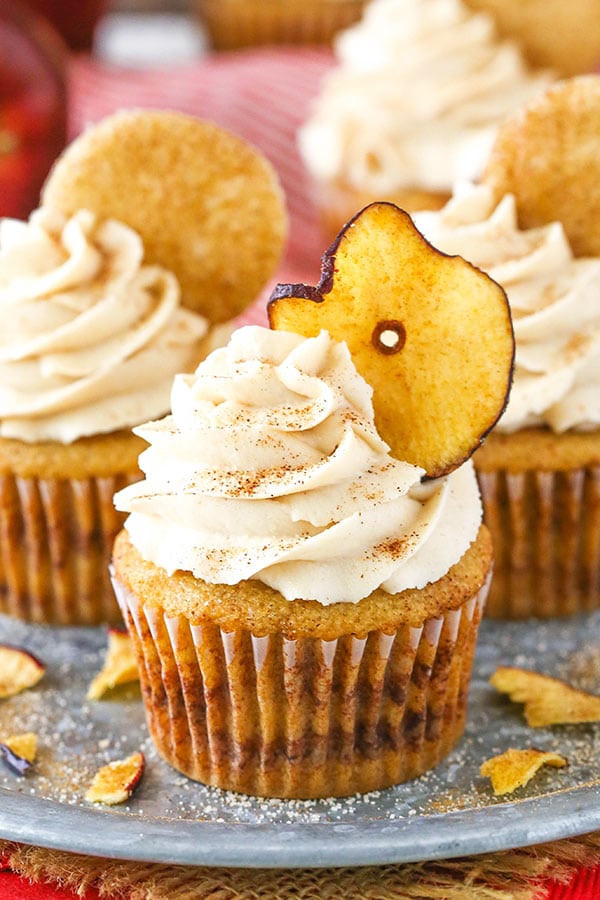