This easy Buttermilk Banana Bread is one of my oldest and most favorite recipes! It makes a super moist quick bread with a tender crumb and loads of banana flavor thanks to the addition of banana pudding mix. 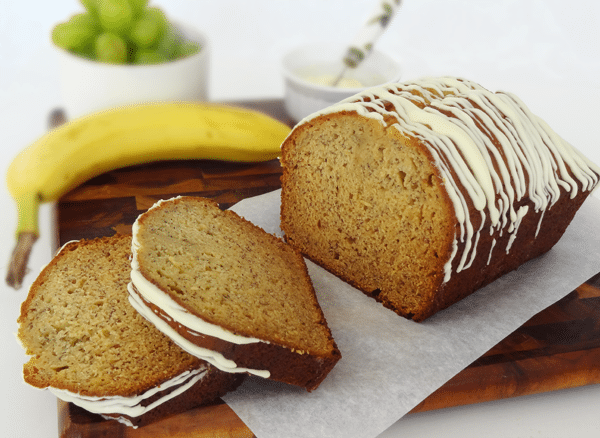 We are big banana fans around here. The hubs and I have that in common. Banana pudding? Bring it. Banana pudding ice cream? Oh my, yes! Banana cream cheesecake from Cheesecake Factory? I will cut you if you take a bite of my slice. The list goes on. If it’s banana flavored, we want it.

And the one thing the hubs has been requesting for a bit now is banana bread. And well, I’m a bit picky about my banana. I like a full on banana flavor – don’t skimp on me. That’s what those delicious treats I named before all have in common. LOTS of banana flavor in every bite. Sometimes with baked banana goods I feel like the rotten bananas alone don’t give the full flavor that we tend to gravitate towards. So there’s a special ingredient in this banana bread to help make up for that. 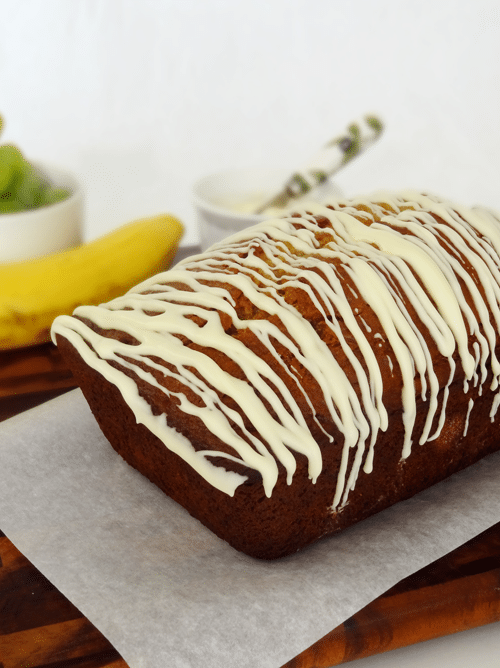 Before I reveal what it is, I will tell you that this is actually my second version. The first one was straight up. What does “straight up” mean? Well, it means it didn’t have my secret ingredient. It was straight forward, from scratch ingredients. This one is still from scratch, but it has the ever-wonderful pudding mix in it. Pudding mix is the secret, but not really that secret, ingredient for super moist baked goods. So how does that make it more banana-y? I will tell you. 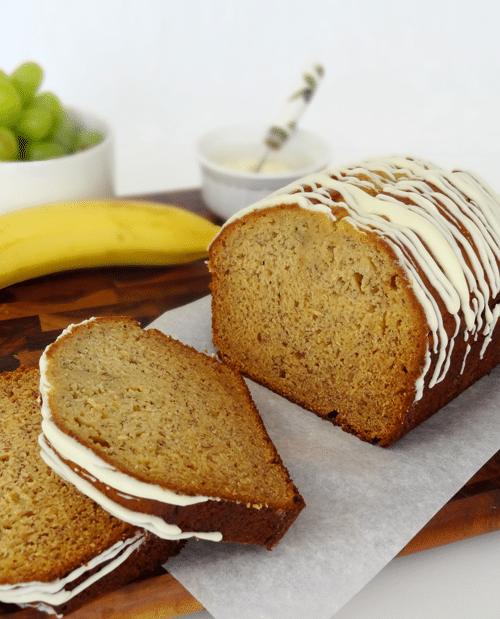 The original recipe is from Averie Cooks and calls for vanilla pudding mix and yogurt. I didn’t have any plain yogurt so I used buttermilk. They can easily be substituted for one another, but the buttermilk seems to have given my banana bread more rise. I also opted for banana pudding flavored pudding mix given our obsession (I’ll just call it what it is) with banana pudding flavored things. Just like with my banana pudding (in which I use banana pudding and not vanilla pudding – seriously, why wouldn’t you??), I prefer going for all the banana I can get. The other little change I made was using a little more brown sugar. 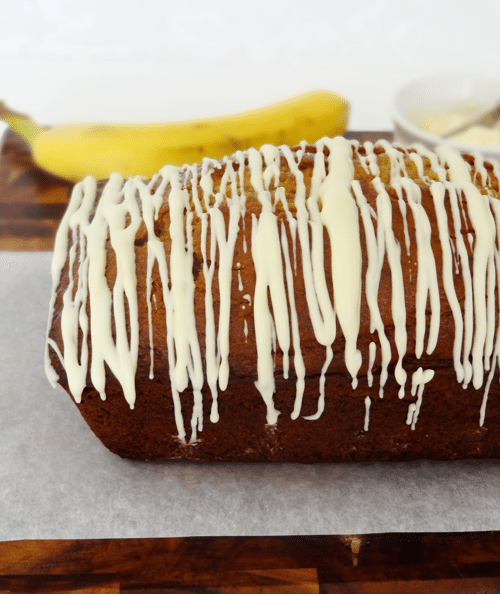 Then I had the hubs test it against the first version. He liked this one better for two reasons. 1. The pudding mix adds some seriously noticeable moisture. 2. He loved the strong banana flavor. Me too. However, if you are not into the idea of using banana pudding flavored pudding mix, you can use vanilla, like the original recipe calls for. No matter which you use though, you should use it. Moisture city!

And then I covered it in a banana flavored glaze. We can’t get enough banana! 🙂

This Moist Banana Bread is made with banana pudding mix for extra tasty flavor! A great way to use up over ripe bananas!

1. Add sugars, eggs, vanilla and buttermilk to the melted butter and combine.
2. Add the bananas and mix well.
3. Add the dry pudding mix and mix well.
4. Add the flour and baking soda and stir until just combined. Do not overmix or the bread will be tough.
5. Pour batter into greased 9×5 loaf pan and bake at 350 degrees for 50 to 58 minutes, or until a toothpick will come out clean with a few crumbs.
6. Allow bread to cool in pan for about 20 minutes, then finish cooling on cooling rack.

Whisk together the milk, extract and powdered sugar and drizzle over the top of the banana bread.