One of my favorite things about blogging is the people and other bloggers I’ve met. I’ve said that plenty of times before, but it makes it no less true. 🙂 A few weeks ago I attended a retreat with some fellow bloggers in Myrtle Beach. It was hosted by Roxana from A Treats Affair and was a great long weekend with some awesome bloggers. 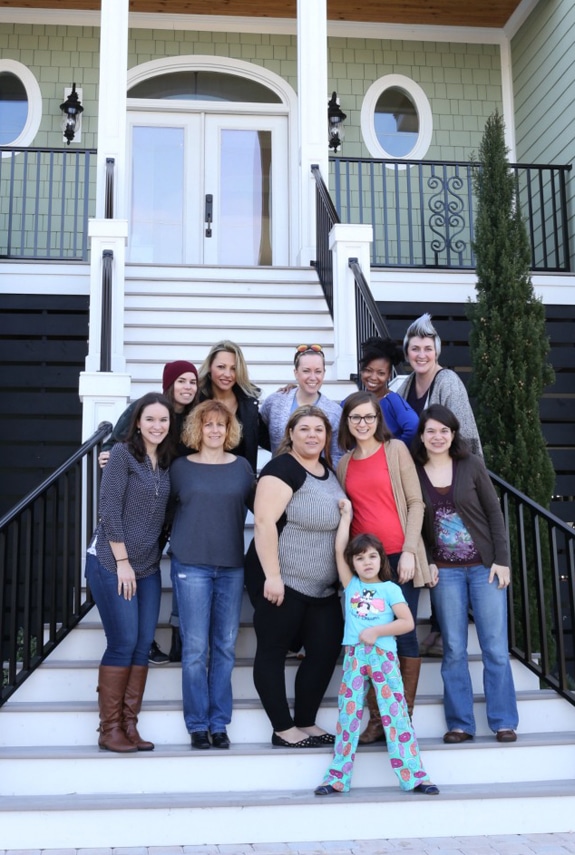 Getting together with other bloggers is always a blast. Not only is it a great opportunity to learn from one another, but it’s also an awesome chance to meet and spend time with people you normally only interact with online and who totally get the blogging life. Plus, the food.

Retreats have become fairly popular among bloggers because often at large conferences there’s so much going on that you don’t always get a chance to stop and have good, advice-sharing conversations. And the truth is, some of the best things I learn are by having those kinds of conversations with a smaller group or one-on-one.

This particular location was quite amazing. The house was insane. Three floors, eight bedrooms, an amazing kitchen, a pool and hot tub, on the beach. It even had an elevator. It was absolutely beautiful. The only bummer was that it was bit windy and cold, so the beach was primarily enjoyed for it’s view. 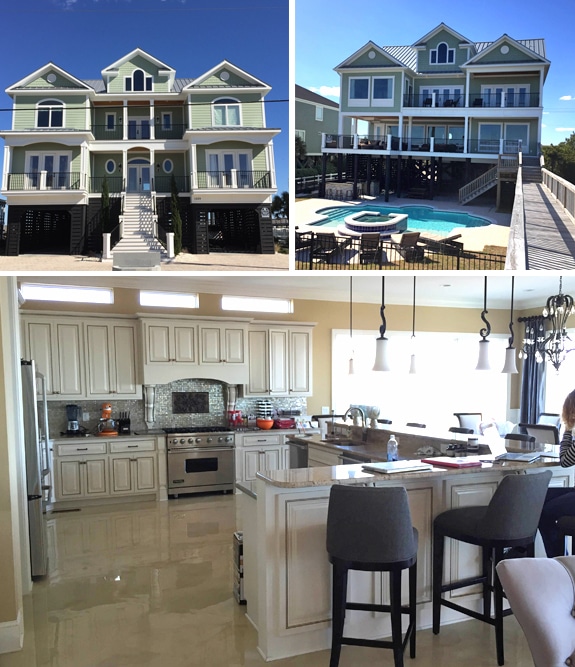 The first day was really just about relaxing as everyone arrived. The next morning, we got down to business and talked about many-a-topic. Social media, building your brand, photography and videos – the list goes on. The great thing about these kinds of conversations is that while there’s some structure around it, they are largely open ended and they continue throughout the weekend.

For lunch that day we went to Croissants Bistro and Bakery. It was easily one of the best lunches I’ve had in a while. If you’re ever in Myrtle Beach, you definitely have to go. The food was amazing and the desserts were even better. We sampled 4 cakes. 🙂 In fact, the Lemon Blueberry Shortbread Mousse Cake I posted Monday was inspired by the Triple Chocolate Mousse Cake we had while there. To die for. 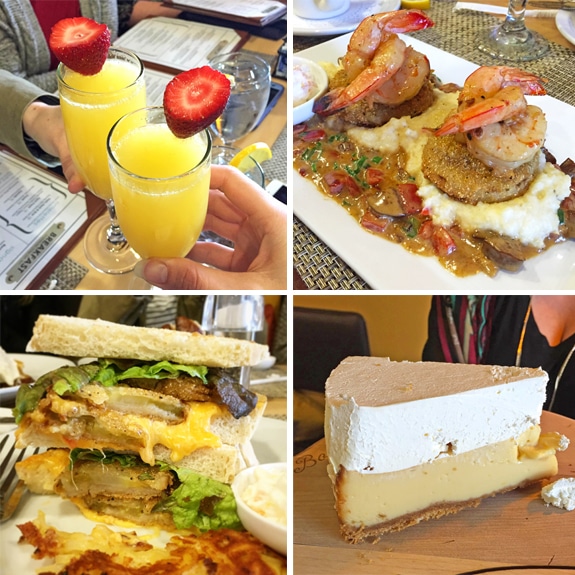 Plus, we got a chance to meet the owner, Heidi, and we all got a signed copy of her cookbook, Bonjour Ya’ll. Two of the cakes we tried are in there and I’d totally recommend the book. Such yummy food. 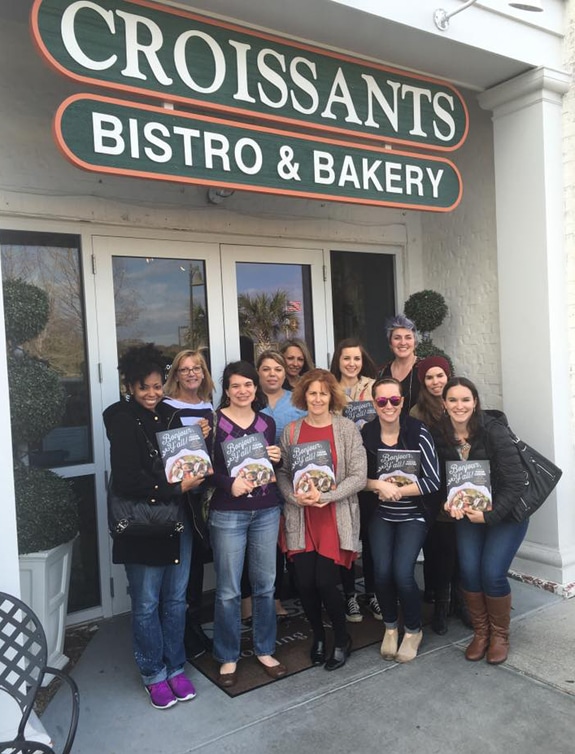 That evening we spent some time making sugar scrubs with Dixie Crystals Sugar. I have to say, it was my first time making a sugar scrub and it was quite easy. Plus, Orange Creamsicle is my jam. 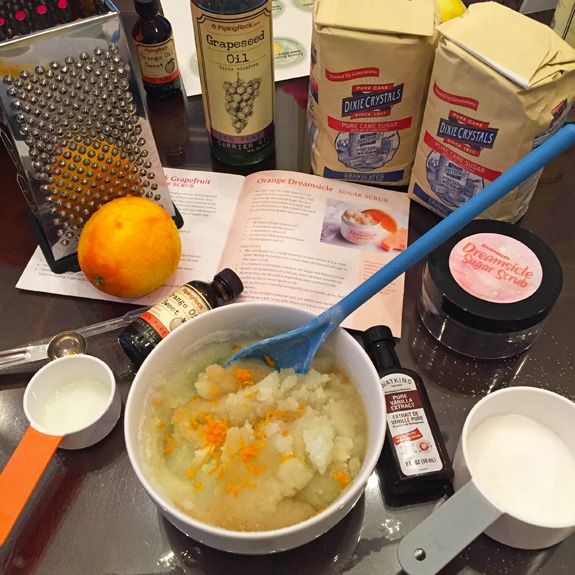 For dinner we had some of the best brussel sprouts (brown sugar bacon brussel sprouts with candies walnuts by Dixie Crystals) I’ve ever had – and I’m not even a huge brussel sprout fan. I’m already trying to figure out if there’s a way to convince the hubs to try them – they are SO good!!

Then Julianne made us some of her delicious Bourbon Salted Caramel Oatmeal Cookies – yummy!! 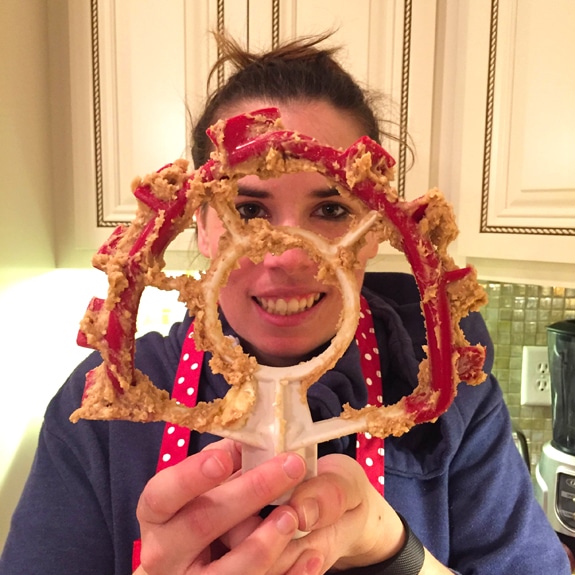 Fortunately after more blogging business and conversations, we balanced it with a lunch by Katerina and Stephanie. Buttermilk biscuits, a big italian salad and some spinach and feta cheese tortilla wraps. I kid you not, my new perfect meal would consist of those wraps and some brussel sprouts. It was amazing. The wrap was TO DIE FOR! I am also trying to figure out if I can get the hubs on board with those. He avoids most things that are green, so we’ll see. 🙂 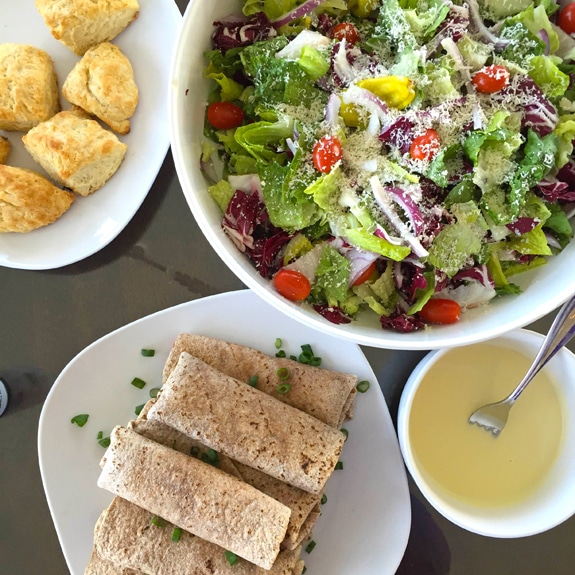 That afternoon we enjoyed some vanilla bean cheesecake from Roxana using Rodelle Vanilla Beans. There’s nothing better than a good vanilla bean.

We finished the day – and the retreat – with a sampling of several flavors of Theo Chocolate paired with wine. I mean, come on. Yum. And let me tell you, the lemon chocolate? Amazing. Never would’ve guessed it. But it is. You gotta try it. 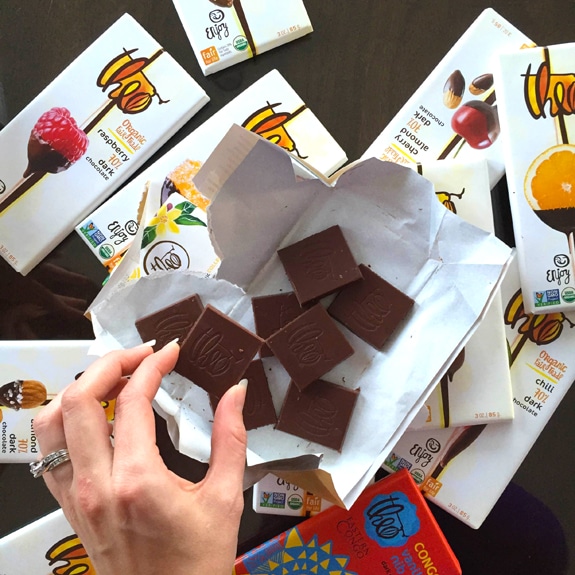 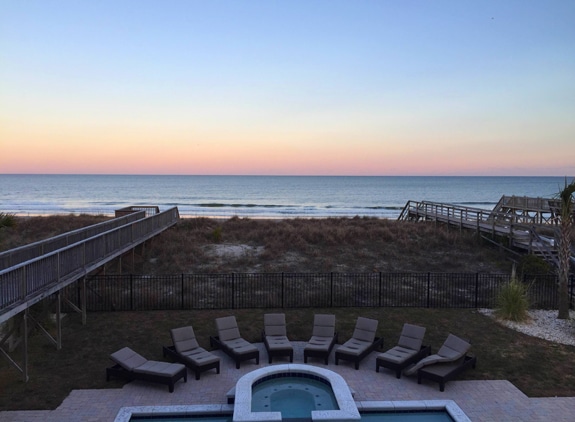 And as has become our trend, Julianne actually flew into Atlanta and made the trip to the beach and back with me. It gives us more face time so she’s a trooper and has done this multiple times. We are basically work wives. Plus, the company while driving rocks. 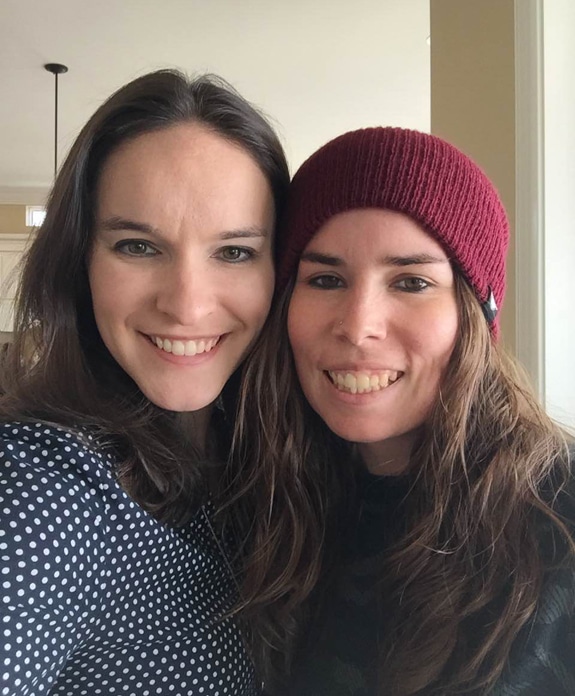 She stayed with us for a night before heading home. The visits are never long enough (why can’t we both at least live on the same side of the country?!), but she did get a chance to organize my prop shelves in my office a bit. It’s not an easy task. I actually need a third set of shelves because what you can’t see in this picture is all the cake stands on the floor. I have a cake stand addiction, it’s true. 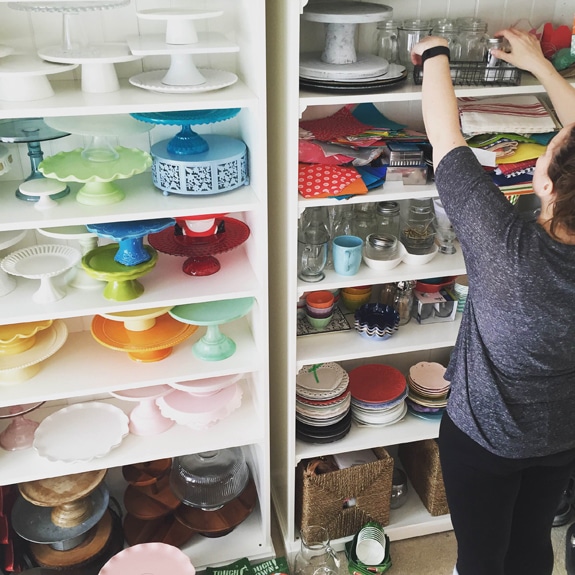 So there you have it – a weekend in the life of a blogger spending time with other bloggers. 🙂 Lot’s of laughs, good company and as always – darn good food. 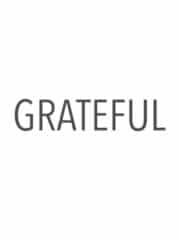 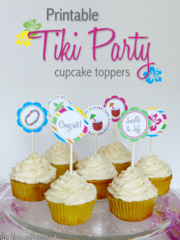