These bars were born out of my love for cinnamon toast crunch cereal – hence the “crunch” in the name of this bar. I am a huge lover of that cereal eaten as such for breakfast, but I also love to eat it dry. I am so weird that I’ll actually look through the box for the pieces covered in the most cinnamon and sugar and eat those first. I have a serious sugar and cinnamon addiction problem. 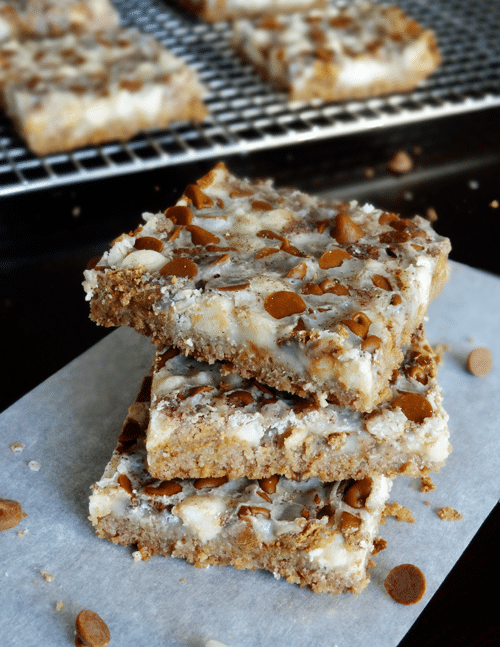 That’s where these bars come in. They are filled with so much cinnamon and sugar it is delightfully sinful. When the hubs took a bite, his response was “Wow, these are sweet.” Perfect I say!! 🙂 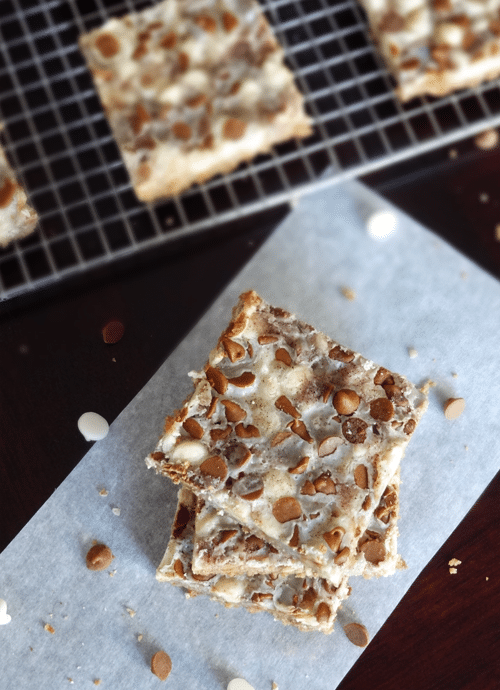 And on top of all this cinnamon and sugary awesomeness, they are so easy to make. You just crush up the cinnamon toast crunch – which I used my handy food processor for – then add more cinnamon and sugar. Add some melted butter and mix it all together. Most of the hard work is done at this point. 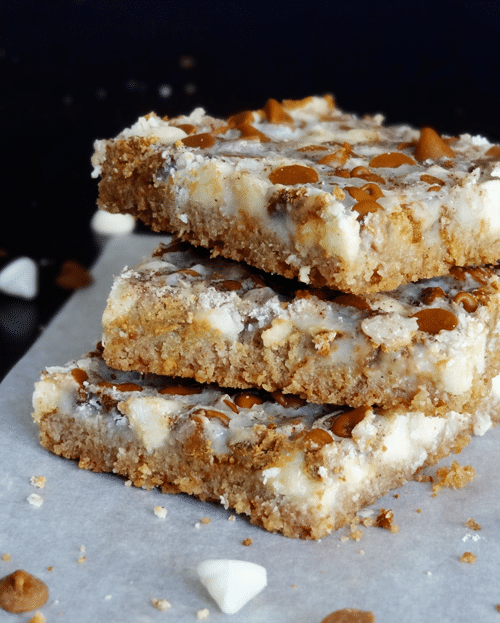 Then you press that mixture evenly into a parchment paper lined pan. Cover it with sweetened condensed milk to make sure these bars are super moist and tasty. Then add cinnamon chips and white chocolate chips. If you have trouble finding cinnamon chips, I can always find them at Walmart. 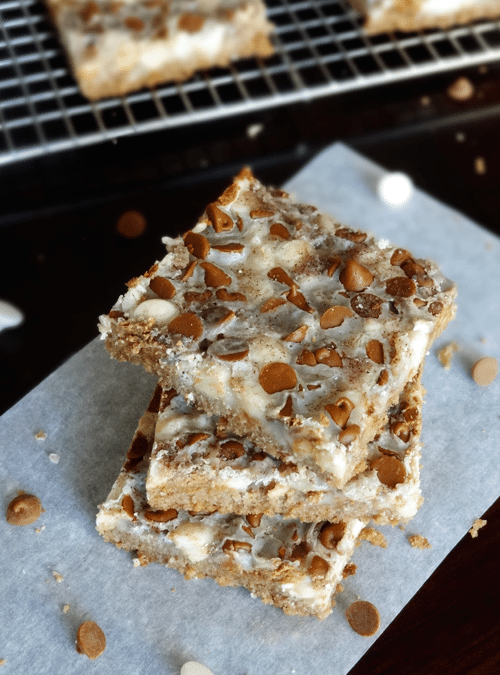 Then, if you aren’t in a sugar coma already, sprinkle a little more cinnamon and sugar on top. Now I am just being indulgent. You could leave that last bit off, but I mean really. At this point, what’s a little more sugar? 🙂 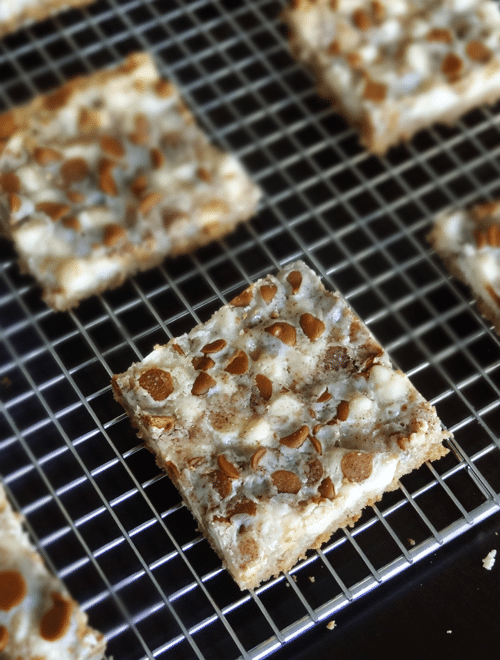 Then cook those babies up! They are done when they are start to brown on the edges. You may take it out of the oven and think they are too wiggly still to be done, but they are. Once they cool, they firm up enough to stay in their bar shape and are heavenly. If you like more of a crunch though, you could cook them a few minutes longer. But just a few!

Now come join me in my sugar coma! It’s delightful. 🙂

These Cinnamon Sugar White Chocolate Crunch Bars are made with cinnamon toast crunch cereal, cinnamon chips and white chocolate chips! They are sweet, delicious and easy to make!

1. Line a 9×13 pan with parchment paper.
2. Melt butter and mix with cinnamon toast crunch crumbs, 1 tbsp sugar and 1 tsp cinnamon.
3. Press mixture evenly into the bottom of the pan.
4. Pour the can of sweetened condensed milk evenly over the cinnamon toast crunch mixture.
5. Sprinkle the cinnamon and white chocolate chips over the sweetened condensed milk.
6. Combine remaining 2 tbsp sugar and 1 tsp cinnamon and sprinkle evenly over the cinnamon and white chocolate chips.
7. Bake at 350 degrees until edges are golden, about 25 minutes.
8. Allow to cool completely.