This easy brownie recipe makes moist and chewy brownies that are pretty hard to resist. It’s actually the first brownie recipe that I ever made from scratch! Even after all these years, I still come back to this simple recipe. 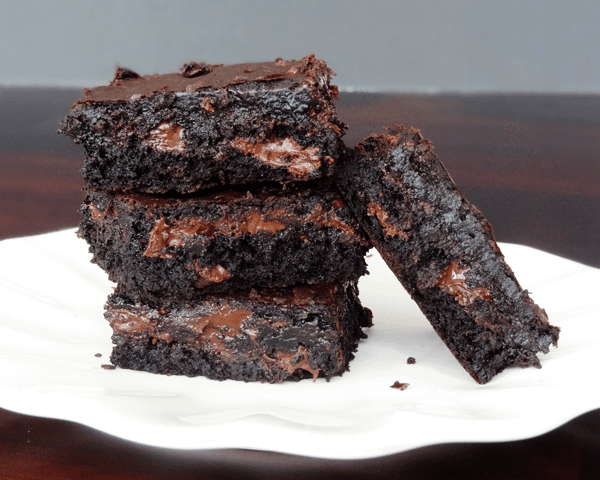 I think the awesomeness of brownies tends to be overlooked – even by me. There are so many recipes dressing them up recently (and I’m totally into those!) that I think a plain old brownie is getting forgotten. And the truth is, a good brownie is hard to resist. Like many delicious treats, I could sit down with a pan of them and not stop until they’re gone.

This brownie is actually the first one I’ve made from scratch. Imagine that! And it’s quite tasty. Before they are totally cooled (like in the pictures), they are gooey and all melty. But as they cool, they firm up a bit and get a little more cake-like and crumbly. They are still very moist though and a nice in-between of cakey and fudgy. And totally addicting. 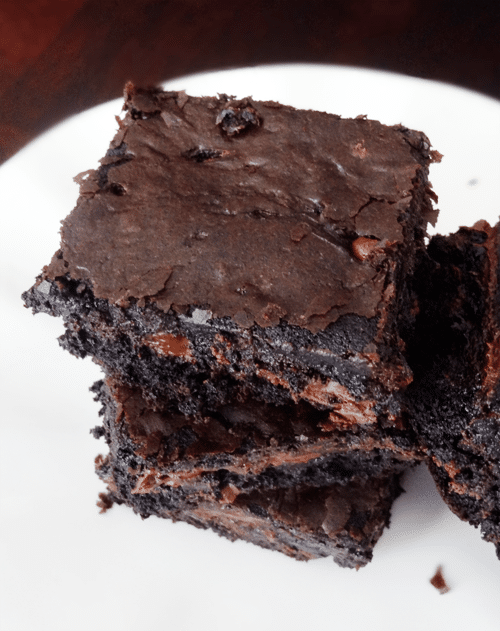 I hear the sign of a good brownie is the nice little crust on top of them and these brownies definitely have that. To give you that great crust, there’s one step you need to pay attention to – the mixing of the butter and sugar. There’s a little bit of heating involved in order to dissolve the sugar. The sugar won’t completely dissolve, but the mixture should take on a shiny appearance when it’s done. I used the microwave instead of pan to speed up the process. 🙂 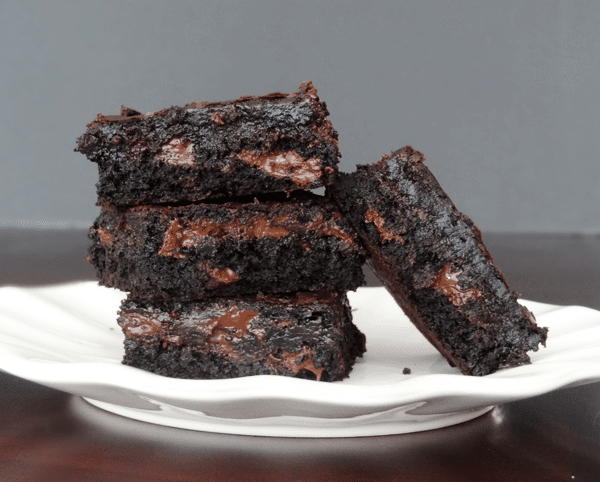 The other thing to note when making these is the chocolate chips that are included. You have a few options. I prefer to them to be a little more melted so that they spread out in the brownies a little bit, but aren’t completely incorporated. To achieve that, I microwave them until they are nice and soft, but not totally melted. You don’t have to melt them at all if you like your brownies chunky. You could also totally melt the chips if you want them fully incorporated. The choice is yours! 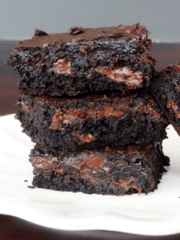 This easy brownie recipe makes moist and chewy brownies that are pretty hard to resist. It’s actually the first brownie recipe that I ever made from scratch! Even after all these years, I still come back to this simple recipe.

1. Preheat oven to 350 degrees. Grease a 9×13 pan.
2. Beat together eggs, cocoa, baking powder, espresso powder and vanilla until smooth.
3. Melt the butter in the microwave in a small microwave-safe bowl.
4. Add the sugar to the melted butter and combine. Microwave mixture in about 10-15 second increments, mixing each time, until the mixture is hot (about 110-120 degrees), but not bubbly. It should take on a shiny look when it’s ready. Heating this mixture will dissolve more of the sugar and give a shiny crust on top of the brownies. You could also do this step in a saucepan over low heat.
5. Add the butter mixture to the eggs mixture and mix until smooth
6. Microwave the chocolate chips in about 20 second increments until fairly soft, but not totally melted.
NOTE: If you want them to be completely incorporated, melt them completely. If you want them to be chunks in the brownies, do not microwave them.
7. Add flour and chocolate chips to batter and mix until smooth.
8. Pour batter into pan and bake for about 30 minutes, or until toothpick comes out with just a few moist crumbs.
9. When done, remove from oven and allow to cool. 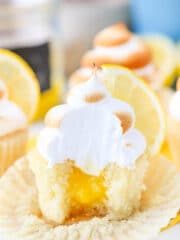 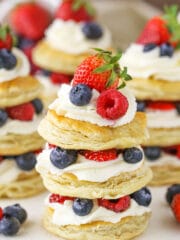 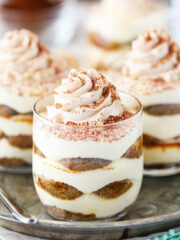